A couple of people that I made friends with while taking part in ISU's Space Studies Program in 2015 who were inspired by the jam that I organised during the program decided they wanted to spend a weekend working on a game. Myself and another person from the course, who worked as an artist, decided to join them in making a game. We were all quite stretched for time so the idea had to be simple. The artist came up with the idea of having a game where you prepare a pizza - because we both love pizza. We ended up running with this idea as we were both excited by the idea.
We had a plan of our MVP: We just wanted a simple game where you got to make a mess. I quickly set about making the basic functionality: A pizza that moves along a conveyor belt opposite a table of ingredients. ​The player could move from each of the ingredients (with sections for 9 of them) and the player could then thrown the ingredient forward to try and get it on the pizza. I wanted the controls to be simple. Originally intending there to only be a throw button, we then opted to include a couple to choose the ingredients to throw. There's another axis which is the direction the food is thrown, originally it just went forward but this would create uniform lines of thrown ingredients which just didn't look right and detracted from the humour that we were going for. I'm still contemplating whether to give control over the direction, currently it pingpongs between an acute angle. I quite like the randomness and lack of control, but I'll see how people respond through play testing. I was happy with what we ended up with by the end of the weekend. There's no goal or points, just an endless stream of pizzas that you can top. We want to continue working on it to add orders that the player has to match, again I'll have to consider how we go about rewarding the player in a way that keeps it light and fun. 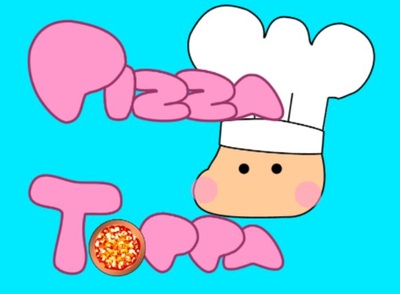 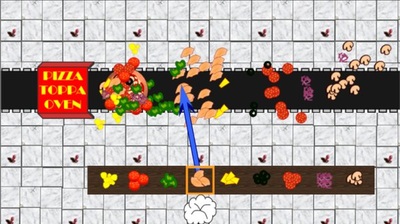