The DCA Jam was a 24 hour game jam hosted by Abertay GameLab and supported by Dundee Contemporary Arts. The theme was announced quite early on: Minimalism. As such, I had of course starting creating ideas in my head about what sort of game I wanted to create. Usually my angle is to try to create something fun, which is great because I love being able to make something in a short space of time that people then have fun playing. However I decided that I wanted to try something new, as I usually do in jams, by taking a different approach to what I created. I wanted to try to create something more meaningful, more personal. I did have an original concept that I was developing but then I decided it didn't quite meet the theme of minimalism. So I had a rethink about what I could do instead. At the start of the jam I had a very vague idea of what it was I wanted to do, which meant I could make a start. The idea meant there would be two short experiences, but only having two didn't feel right so I thought about the possibility of a third experience.
The first thing I worked on was trying to create some form of a menu system to navigate between the experiences. I didn't want a typical menu screen where you just click buttons telling you where they were going to take you. Instead I used the basic shapes available to me in Unity to signify what experience they would take the user to. The effect I was trying to create turned out to be a little more complex than I had hoped but I eventually had something working that not only worked for the two experiences I was creating, but could also cope with new experiences to be added.
Next I got on with creating the two experiences but again realised they were quite complicated, even though the ideas were rather simple. I began to worry that I wasn't going to be able to finish in time. The whole jam for me was a gamble; even if I did manage to finish it, I had no idea whether it would be the sort of experience that I had in my head, and even more importantly, whether it would garner the types of impressions I was hoping for from people using it.
As I powered on creating the 2 experiences, I figured out a third, which ended up being the one that met the brief most! Soon after, two Abertay lecturers came to see the build and one of them played through. Two of the experiences were functionally done, so I was able to get a good indication of how it was being played and was pleased to see not only that the lecturer was interacting with the experiences in the way I had hoped, but also that it was making the both of them think about what messages I was trying to get across. This is exactly what I wanted from this game; people to not only think about it while playing but to then carry on their thought process after playing.
As I developed the game, I played around with various visuals as it was really important that they aided the experience and did not detract from it, working with simple shapes was obviously partially down to not having an artist to hand, however I found that keeping it simple helped get my messages across as the focus was on the object's function as opposed to being explicit with their appearance.
The final experience was easily the most complex, and I hadn't settled on what the complete experience was as I found it difficult to lock down the best way to express what I wanted to. Indeed I'm still not 100% happy with the final result, but the majority of the experience manages to translate what I wanted so I'm content. I finished the game with about 3-4 hours to spare so concentrated on trying to smooth out the transitions from the experiences as it was a little clunky and jarring.
When people were starting to check out each other's games, I was able to get quite a few to play mine. It was really pleasing to not only see people not getting bored of playing, as had been a concern of mine, but also when I questioned them about each experience they had really fascinating responses. While they played I made sure to not give anything away, not even what the controls for each experience was. The fact that I didn't influence their experiences (besides of course building the damn thing!) made it really interesting that a lot of them picked up on exactly what I wanted, others fell for the "traps" that I had hoped they would, and when I then spoke to them about my intentions, they seemed really intrigued with the thought process and I'm convinced they left with a positive experience. Certainly, everyone who played it had only positives to say! The only negative was a damn bug that arose when the last person played it. Fortunately it was a quick fix, but I didn't want anything to break the immersion.
Obviously I've tried to document this jam in a way that says what I did without saying what I did... I'm considering options for releasing the game as I'm quite pleased with the outcome and would like to try to get it out there for other people to experience.
Below are some images from the game. I would put up a video but I really don't want to influence anyone who may want to play it, instead I've uploaded the Windows .exe file. 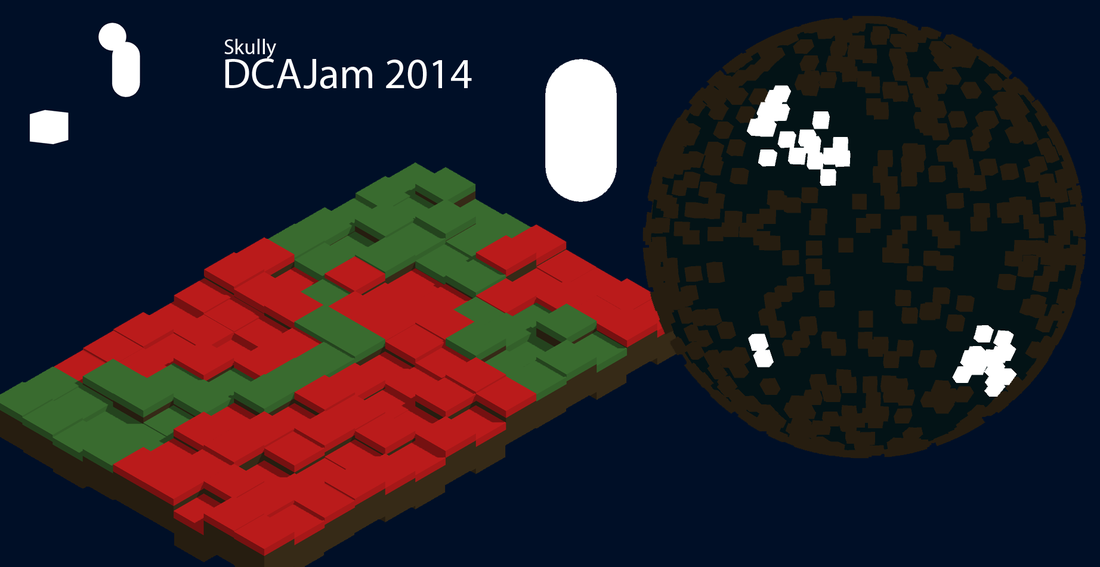 I participated in a 24 hour game jam where I created a game with 3 "experiences". I wanted to try to create something different so went about creating something personal and with meaning and it received strong positive feedback from people who played it.