For one of my modules in my fourth year we had to choose an emerging technology and create a game that took advantage of that tech.
I love 3D, if I had the money I would've been an early adopter for the active 3DTVs way back in 2009. While the technology has died down regarding 3DTVs, the rise in popularity for the upcoming Oculus Rift promises that 3D is still prevalent, what's lacking is how it is brought to the average consumer. Such advances in technology is out of my control. What I can do is make decent games that truly use the advantages that 3D provides, namely the increased sense of depth.
Therefore, for this project I needed to think of a game that would be simple to make and play, but that 3D would be a great advantage.
I thought back to the games you get at fairs, mainly the claw game. The game where you have to line up a mechanical claw which then drops down and grasps and, depending on how accurate you were (and how fair game the machine is!), you could capture a prize. So I set forth and made the game. The focus wasn't the details of the game but more how the 3D worked, as such I didn't create an elaborate claw mechanism, instead it's a simple box that "sucks" the ball up before dropping it.
I used an anaglyph 3D technique because not only would it be the simplest to implement (I could render both images at the same time using the red channel and then blue/green channel) but it's also the most accessible (there's no need for a special monitor, just the cheap red/cyan glasses). While the effect limits the colour palette, it still provides the desired depth effect to a demonstrable amount. There's a video of the game in action on Vimeo. While wearing anaglyph glasses, if you place the mouse in the centre, it should appear to be inside the centre of the box. 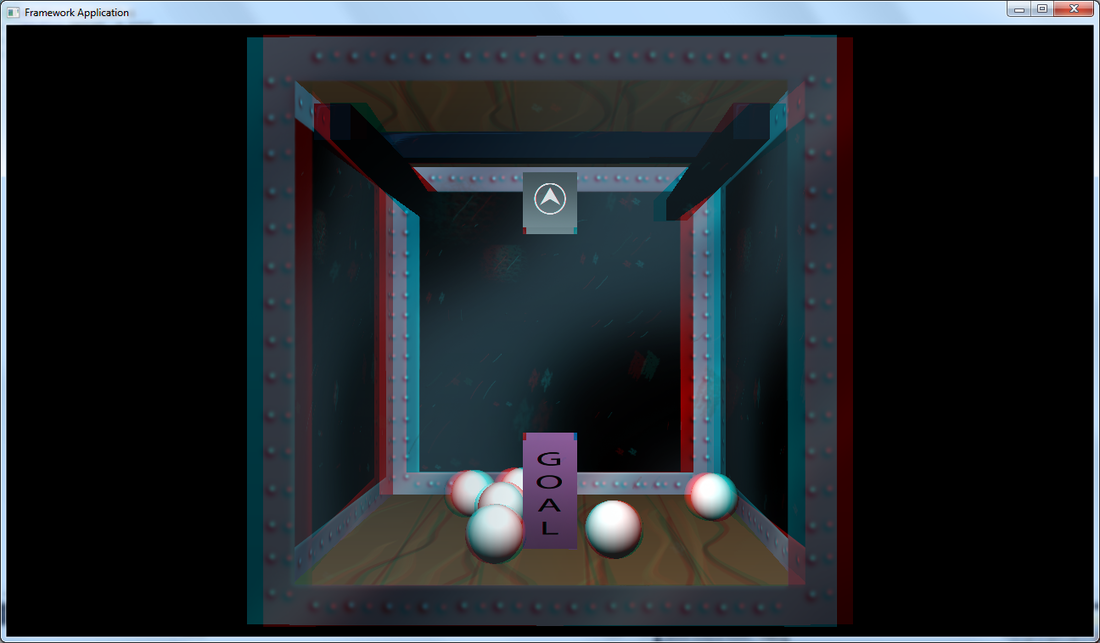 Using a provided OpenGL framework, I created an application that rendered a stereoscopic image using an adjusted view frustum for each eye to create a more satisfying 3D image. I rendered the two images to separate colour channels (red and blue/green) so that it could be viewed on any screen. The game created was designed specifically to benefit from the added depth.