I was immediately on board when I saw #LOWREZJAM16 on Twitter. Creating a game that only uses 64x64 pixels sounded fun (and it was!). I didn't know exactly how small it was, but had a rough idea based on how small 640 x 480 is on a HD screen. As with all my jams, I entered without a solid idea, wanting to instead see what ideas I come up with that stand out as something I want to work on. When thinking about a small 64 x 64 pixel screen, I thought about the fact you could fit quite a number of them on a screen. This lead me to wanting to use this jam as a way to try out networking, making a game where you start off with a server and then when you open more instances of the game, they act as clients. Then you could travel between the screens and do... something. I'd started working on this on the first night of the jam until it was pointed out that there would be too little visual information to make the game look how I was imaging it. So I put it to one side, hopefully to pick up later and with a larger screen size.
So I needed a new idea. Thinking about a pixelated game made me think about 2 arrays of sensors on Spacecraft. So I decided to make a game where you are that sensor. The use that made sense to me was as a space telescope. And what could that telescope be doing? Finding exoplanets is what I went it.
Before starting with the actual game, I decided to make an introductory scene. Clearly, 64 x 64 pixels is too small to be able to slap a load of text explaining the game to players, I needed a different way and so I went with simple visuals and a voice over. The intro was a rocket launch. Not only was it a suitable point to talk about the aim of the game and provide a tongue-in-cheek way to tell the controls. Also rocket launches are cool, and I think the intro was suitably neat. After the intro comes the actual game, I talk more about the challenges and changes I had during development in my blog, but I managed to get most of the functionality done in the first weekend. I then got some feedback over the following week and a bit, but was too busy to act on it until the final weekend of the jam. As well as doing the voice over (sorry), I generated my own sounds. I was originally looking for free sounds to use when I realised I could generate my own simple sounds. They're simple, the same method of creating sounds as for the retro consoles that pixel art games nod towards, but the computer tone sound was coincidentally suitable for the fact the player was acting as an onboard computer.
The game is available on itch.io. 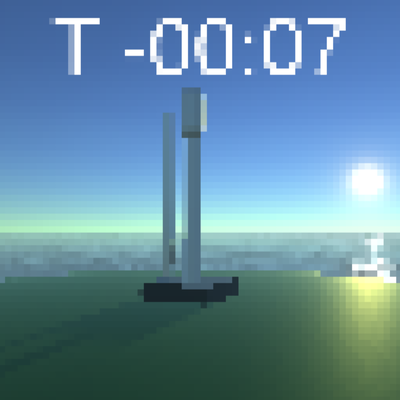 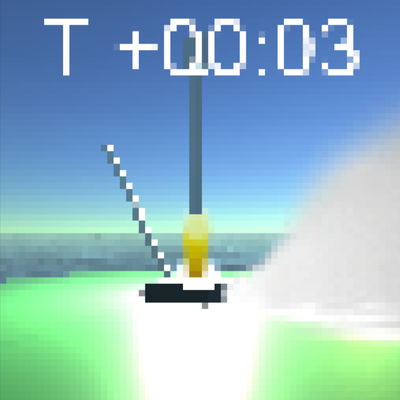 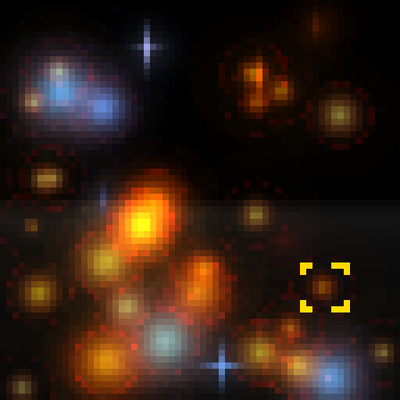