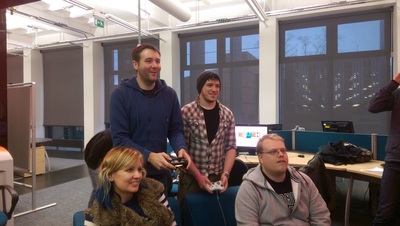 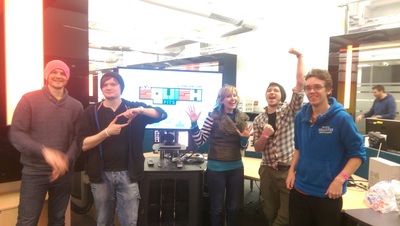 I took part in the 48 hour Global Game Jam. Working with a team of 2 designers, 2 artists and another coder. I did the majority of the code development as well as lending my opinions on the game's design as we developed the concept throughout the jam. As the person with the most experience developing in jams, I also helped keep the game on track, trying to keep our aims achievable within the time. We ended up with another 4 player which manages to put smiles on peoples faces. For me, it's a spiritual successor to the Jump Jam game, with a similar feeling but fortunately much improved.